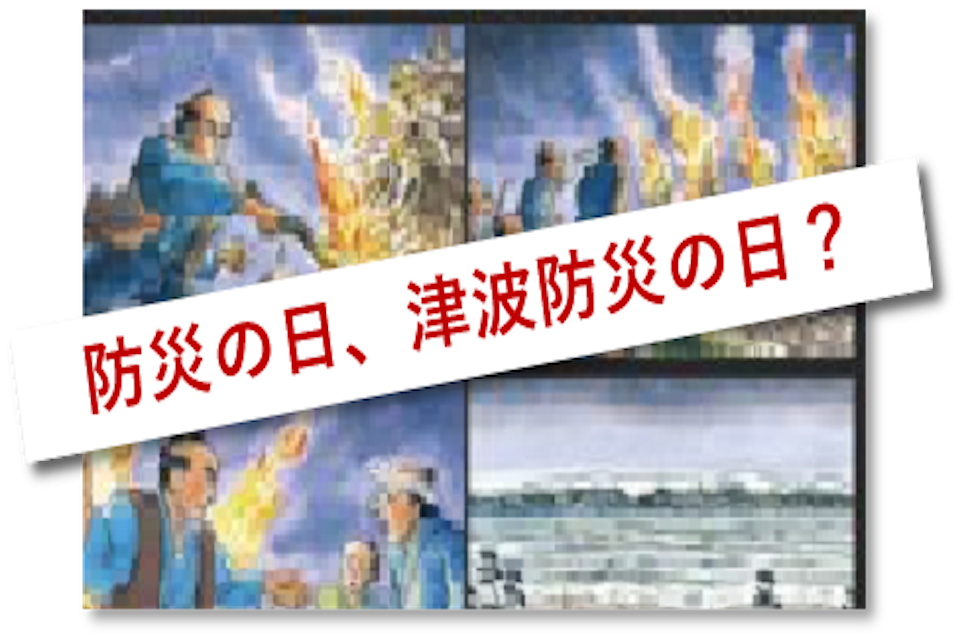 A Day to Remember Disasters in Japan 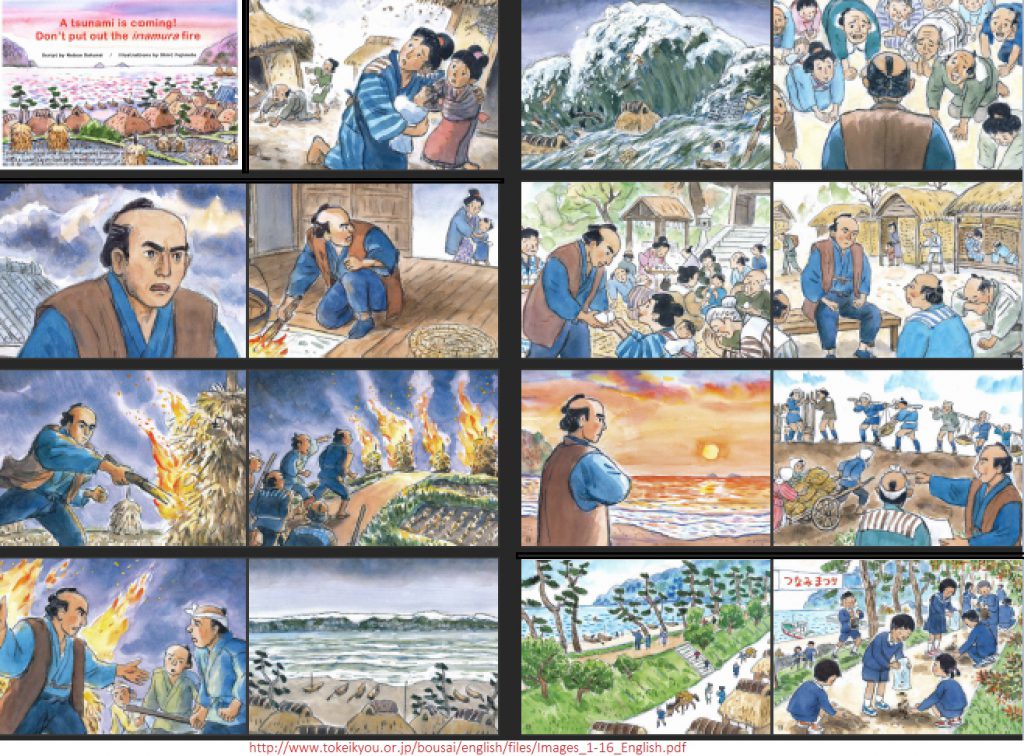 After the massive loss of life in September 1959 from the Ise Bay typhoon (‘Vera’) the national government of Japan created fundamental legislation to expand, systematize, and document disaster preparation and response to communicate improvements to others. The goal was to understand natural disasters and the specific risks that lead to the biggest destruction, displacement, and deaths. One strategy was to raise public awareness and interest in disaster risk reduction through public events and the creation of an annual Disaster Preventions Day. Partly to recognize the Great Kanto Earthquake and tsunami of September 1, 1923, that day began its designation in September 1960. Later came the Great Hanshin-Awaji earthquake of January 17, 1995. So that day, too, is commemorated. Since there was an outpouring of volunteerism in 1995, that annual date is designated as Disaster Response Volunteer Day, along with the adjacent days forming “disaster response volunteer week.” Finally, the government recognized the most recent mass-scale disaster of 2011 by designating November 5 each year as Tsunami Preparedness Day.

The average person in Japan today has heard and seen a lot of general reference information for the several types of calamity seen at some point in one’s lifetime on these seismically active islands. Perhaps the basic truths that teachers instruct students about will function as lifelong reference point: what to do for earthquake (and/or tsunami), volcanic danger (and/or tsunami), typhoon (and/or storm surge due to low pressure and rising tide), floods, fires, landslides and/or avalanches. So there is a reservoir of scattered facts and procedures in many people’s minds. That is not to say that most people walk through a full-length drill (evacuating, grabbing a few essential supplies stocked in preparation for evacuating) each year or most often, or that the average person could recite all the key facts for each type of disaster. However, the basic facts and ways to respond are taught in school. Therefore the radio or TV conversations on the subject of past, or current, or imminent disaster conditions can be understood by most people, some of whom already have survived one or more disasters. By making an annual day in September (disaster prevention), November (tsunami), and January (volunteers for disaster response) it becomes easier for news media to keep these subjects in the news, and for companies, neighborhoods, or households to address each of these topics again and again over the years. People who have survived any disasters large or small will understand the determination to move forward when one’s world is turned upside down. But these nationally designated days may also revive long-ago painful memories and experiences.

Giving national visibility and attention (and even some budgetary recognition) is a good way to make the subject become a normal part of one’s day or year, not a crisis dreaded or a danger of long-ago times. The subject of disaster comes to be a living and current thing which everyone, at all ages and of all sectors of the society, can feel some expertise about. And while mastering some knowledge is different to actually mastering a natural disaster, at least some comfort or confidence comes from feeling in control of some small part of the rise, full expression, clean-up and rebuilding that follows the lifecycle of a disaster.

According to the March 2015 pdf from the Director General for Disaster Management at the Cabinet Office for the Government of Japan, the work of raising citizen awareness and strengthening people’s knowledge of each type of disaster comprises four parts. First comes the public promotion of disaster reduction through these nationally designated days. Secondly there are several forms of formal education about disaster reduction (textbooks, the picture story shown above, learning frameworks, sets of self-paced courses, showcasing especially appealing examples that others can follow to reduce their exposure to natural disaster dangers). Third is an obligation to pass the lessons learned and hardships experienced to the next generation through ceremonies, stories, monuments and events. Finally there is some guidance on drafting a Community Disaster Management Plan that comes in the form of model documents to use as reference. The community plan is something wider than the ones that companies create for their own immediate business continuity plan, or that city governments make to be ready to continue their functions during and after disasters. point.

Judging from the participation numbers in organized lectures, drills, and fairs for the Tsunami Preparedness Day, there is not a majority of the country that is actively involved in creating the activities or participating in them, but the movement is a success if just a few people can transmit what they have learned and lead others when actual disasters overtake residents and workers of a place. The English language page at Wikipedia about Japan’s national Disaster Prevention Days says that in 2013 1.33 million people took part in drills all except four of the 47 prefectures. In 2014 there were 2.35 million people participating, and in 2015 the numbers returned to about 1.6 million people.

For some reason human memory is short when it comes to hardship and crisis. Perhaps this string of three national days every year in September, November, and January about disaster reduction and responses will keep alive the public interest and knowledge of the way the story goes for each type of event, including correct knowledge of the dangers and wisdom in avoiding the biggest risks.